Fresh wind from the North Sea in Bielefeld! 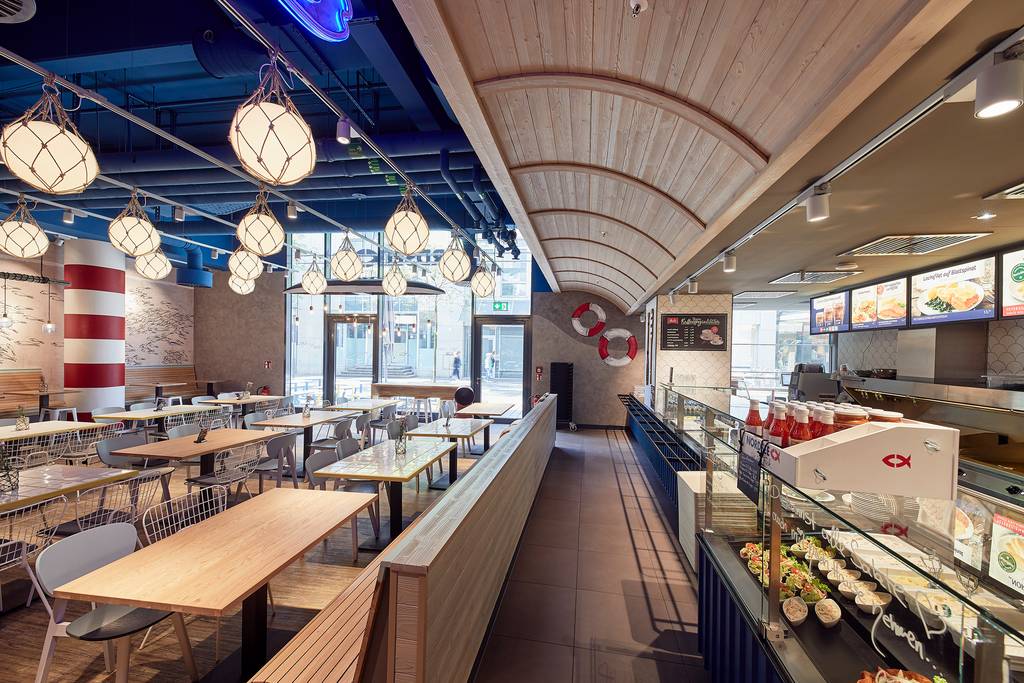 Bielefeld – For more than 100 years, the Nordsee GmbH company has been supplying fresh fish not only to the coastal region, but also to the whole of Germany via fast routes. This requires perfectly equipped facilities that are attuned to sensitive products from the sea.

In the newly renovated shopping center LOOM in Bielefeld, SODA GROUP is responsible for the look of a new offshoot of the fast food restaurant. The new Nordsee location as one of 4 gastro units is facing the pedestrian zone with an inviting outdoor area.

The design developed by SODA GROUP is intended to provide analogies to fishing and the North Sea. Implemented in store details, benches with color accents, natural wood surfaces, fish motifs, ropes and cables, lights in fishing nets, nostalgic murals and varying table designs. The analogy of the boat bow above the counter area serves to accentuate the concept.

In doing so, it is not only a matter of further technical development. For the design, they went to eye level with the sea level with respect for tradition and the merits of North Sea fishing. The identity of the northern German coastal regions has been adapted to the times with discreet aesthetics and made accessible in style.

After all, it’s not just the menu that wants to impress with its freshness and good taste, but also the setting in which it is consumed on board the upgraded outlets. 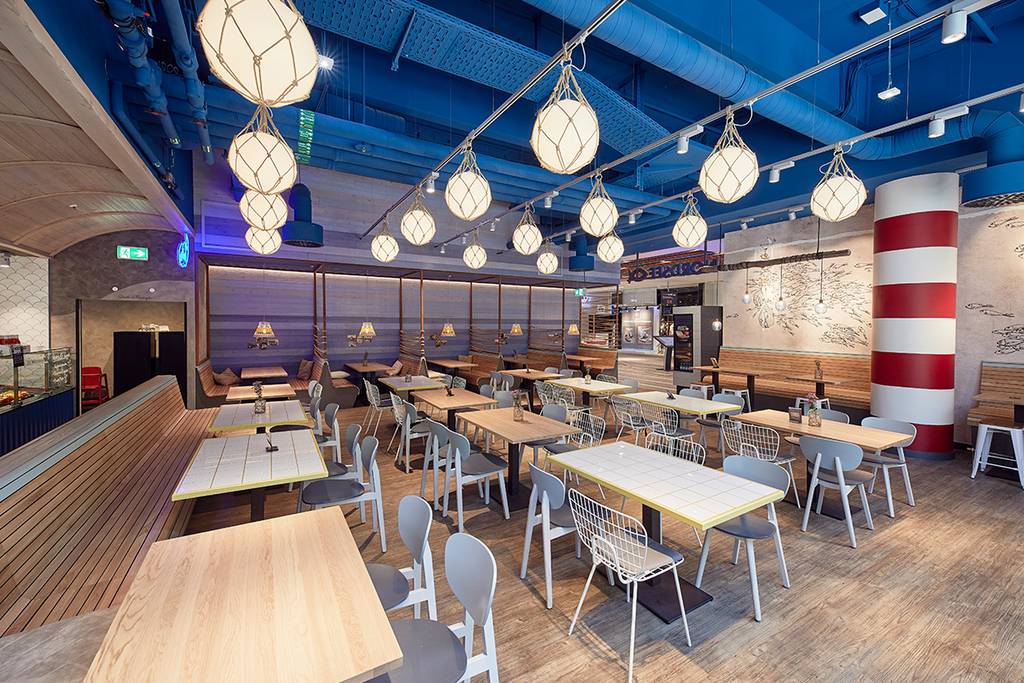 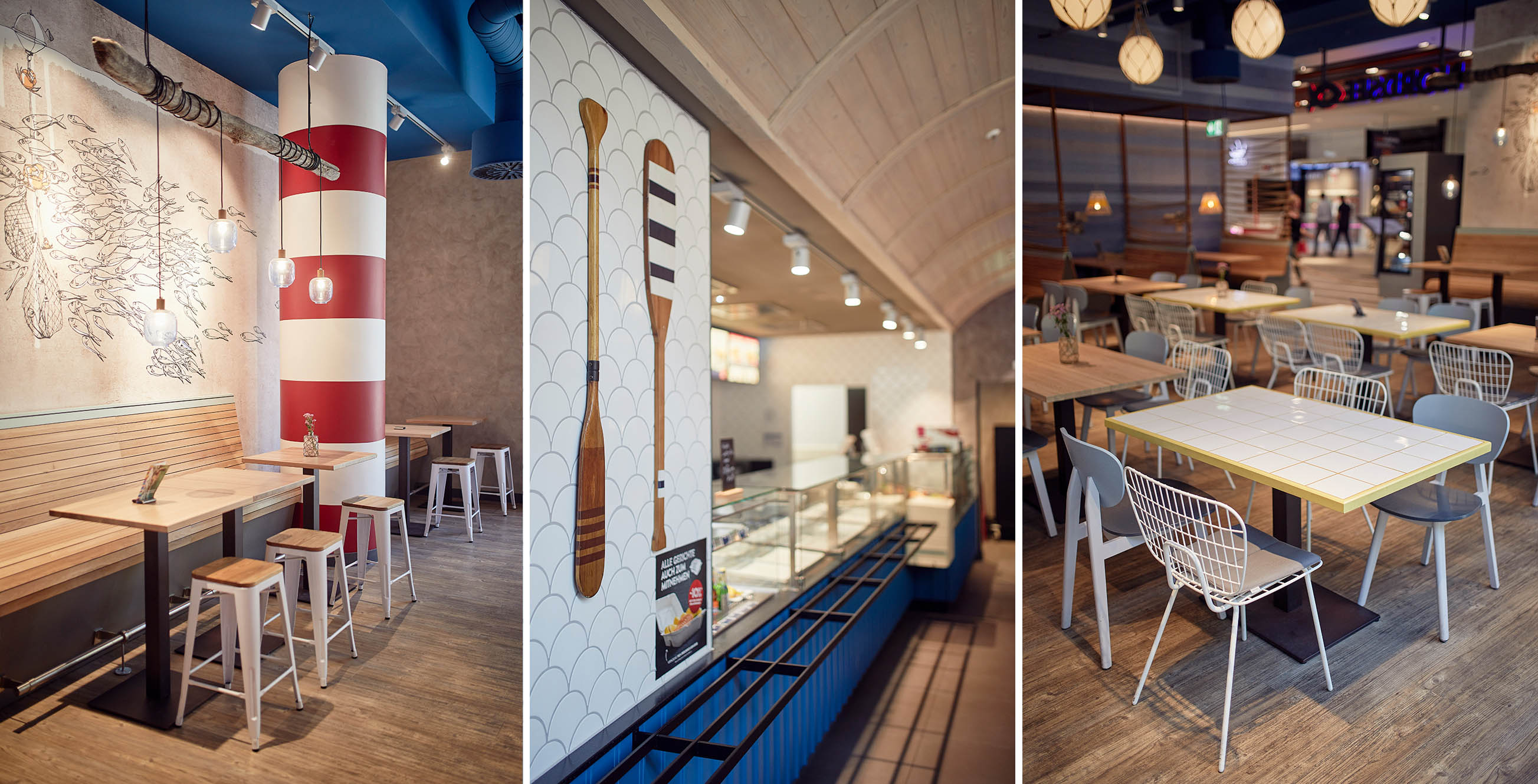 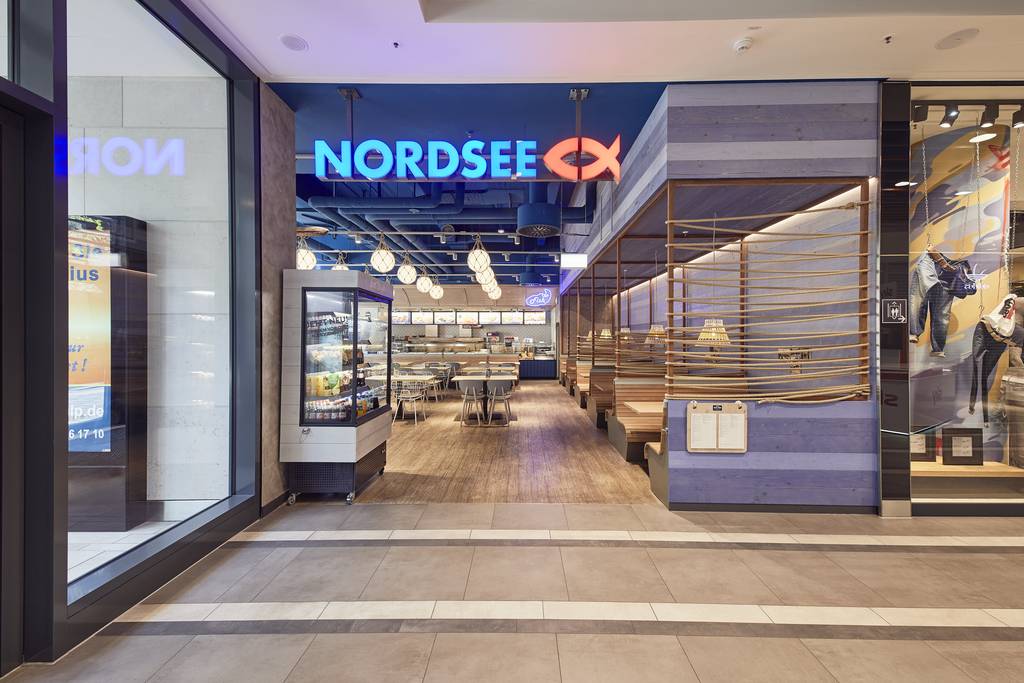