Freshening up a historic pub.

The traditional house of the private brewery Moritz Fiege in Bochum has received a complete facelift from SODA GROUP within only two weeks. 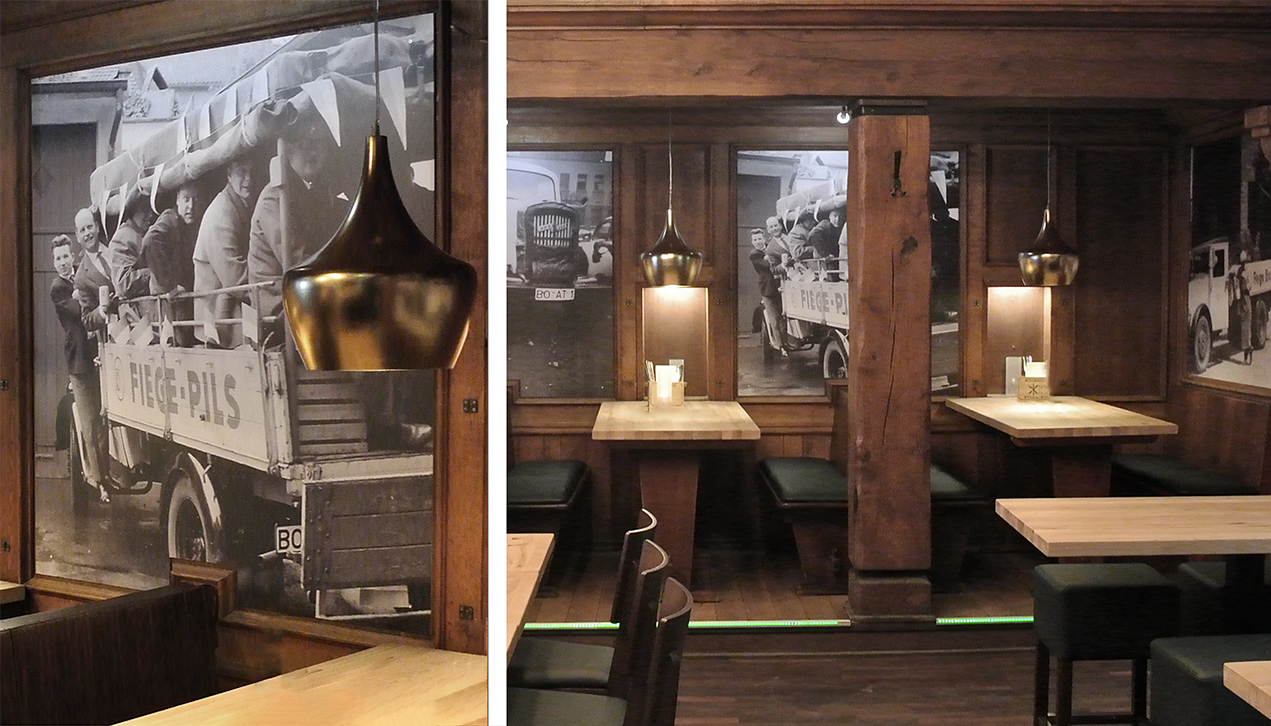 Bochum – A pub whose history goes back to the 18th century wants to be carefully guided into the future. When the head office of the private brewery Moritz Fiege was to be modernised, the particular challenge for SODA GROUP was therefore to incorporate historical elements into a new, fresher interior design.

For example, the decorative but draughty leaded glass windows were given a special glass enclosure: now no one has to freeze in the popular window seats. A second guest room, which had previously been treated rather stepmotherly, now also fits into the cosy, rustic ambience.

Within only two weeks, all surfaces were refurbished and the furniture replaced. In addition, the bar area was restructured in line with the times and the electrics, sanitary facilities and lighting were brought up to the current state of the art. A friendly colour concept picks up on the brewery colours, large-format photographs from the brewery archive and a gallery of ancestors pay tribute to the company’s history.