A canteen with character.

The Bavaria Towers are a new landmark in Munich. For the caterer Leonardi SODA GROUP has taken over the gastronomy design and the kitchen planning. 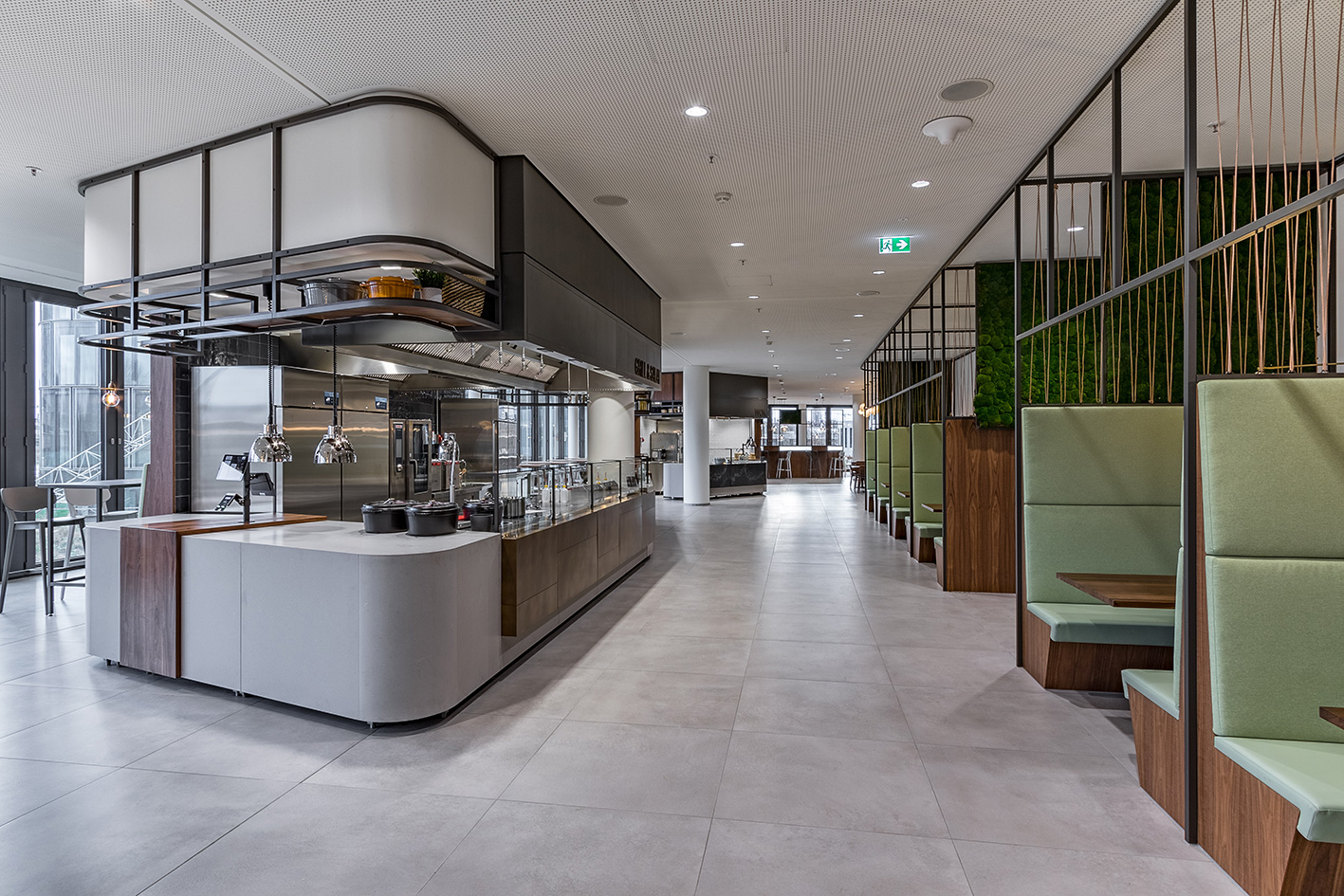 Munich – A pentagonal ground plan and flat pitched monopitch roofs, transparent façades and a softly curved silhouette: designed by Spanish architectural firm Nieto Sobejano Arquitectos as a spectacular real estate ensemble and completed at the end of 2018, the Bavaria Towers have transformed eastern Munich. Such a special architecture and charisma deserves an appropriate equivalent inside the building.

When designing the gastronomic areas – a staff restaurant and two coffee bars with a 24-hour shop for up to 1100 guests at full occupancy – SODA GROUP therefore paid particular attention to design language and individual design accents. One basis for this was formed by design specifications, which assigned a different character to each tower of the ensemble. Thus, the small coffee bar in the Star Tower picks up on the motto “young and innovative”: with a colourful mix of furnishings that, despite its wealth of variations, blends into a harmonious overall picture.

In the large coffee bar of the exclusive Sky Tower, fine woods, black tiles and golden highlights determine the ambience. The counter quotes the design of the building’s facade edges. In the business restaurant above, too, there are details that refer to the architectural achievement: Pentagonal themed counters are reminiscent of the pentagonal basic shape of the building and at the same time structure the interior. With its various seating arrangements, the restaurant offers opportunities for both small group discussions and social gatherings. Oak and walnut wood and dark green pictures as room dividers create a pleasing contrast to the white counters with their marble elements.

Design also plays an important role in the more functional areas: for example, the ingredients at the salad counter are stored in a refrigerated tub instead of a display case, which not only allows for more flexible use but also adds visual value.

The design not only fits in with high-quality architecture, it also fulfils the requirements of sustainable building certification and thus does justice to special buildings on this level as well. 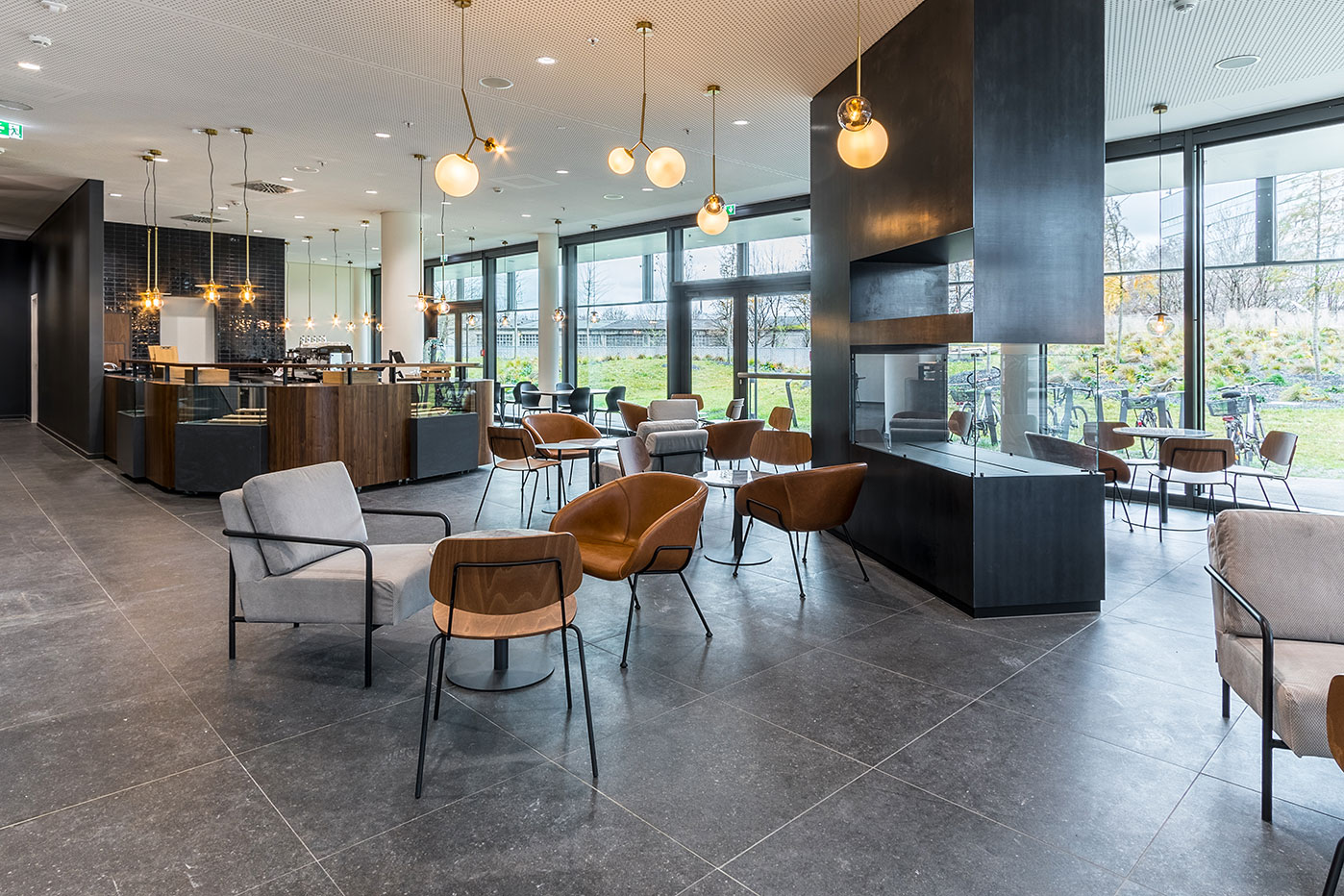 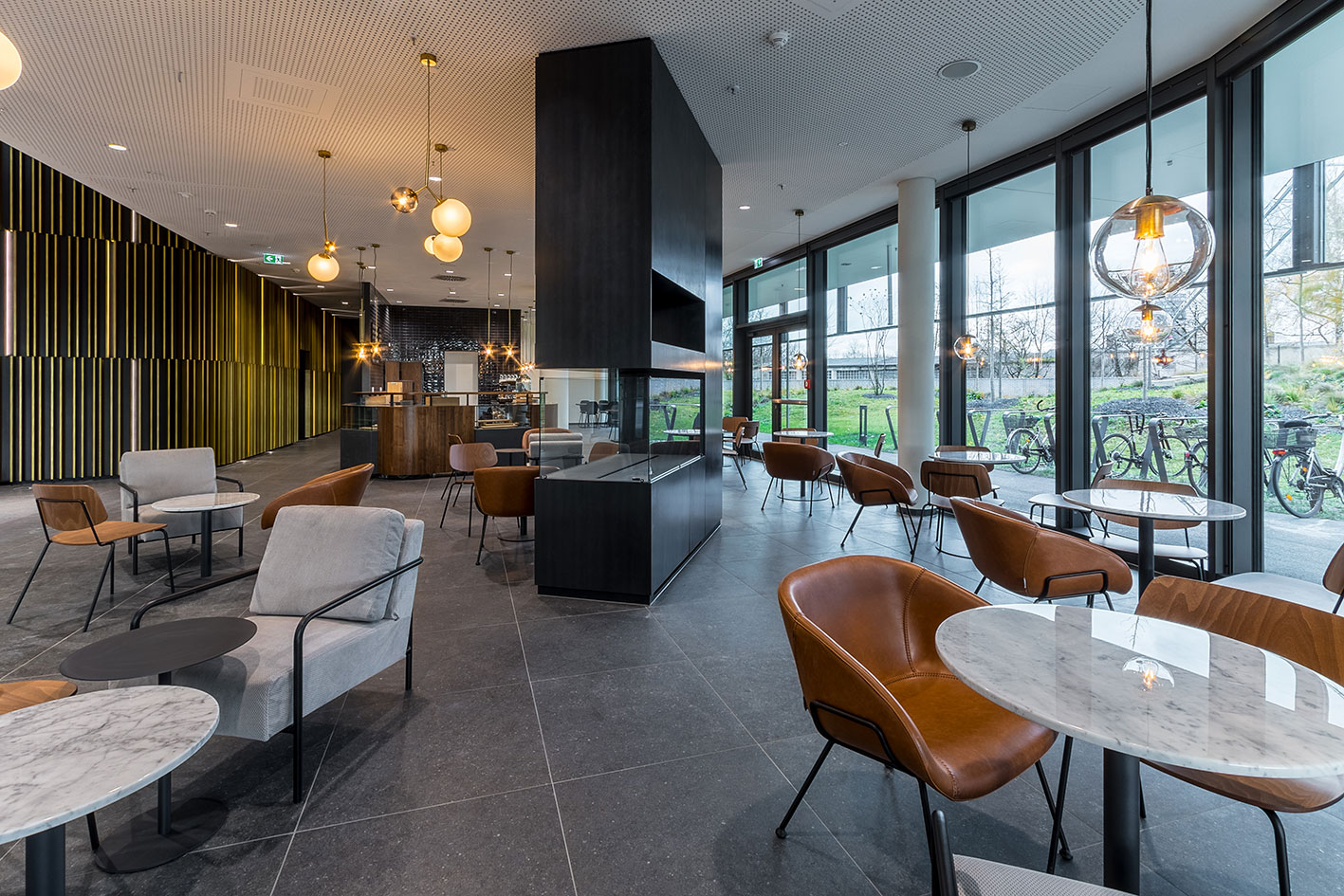 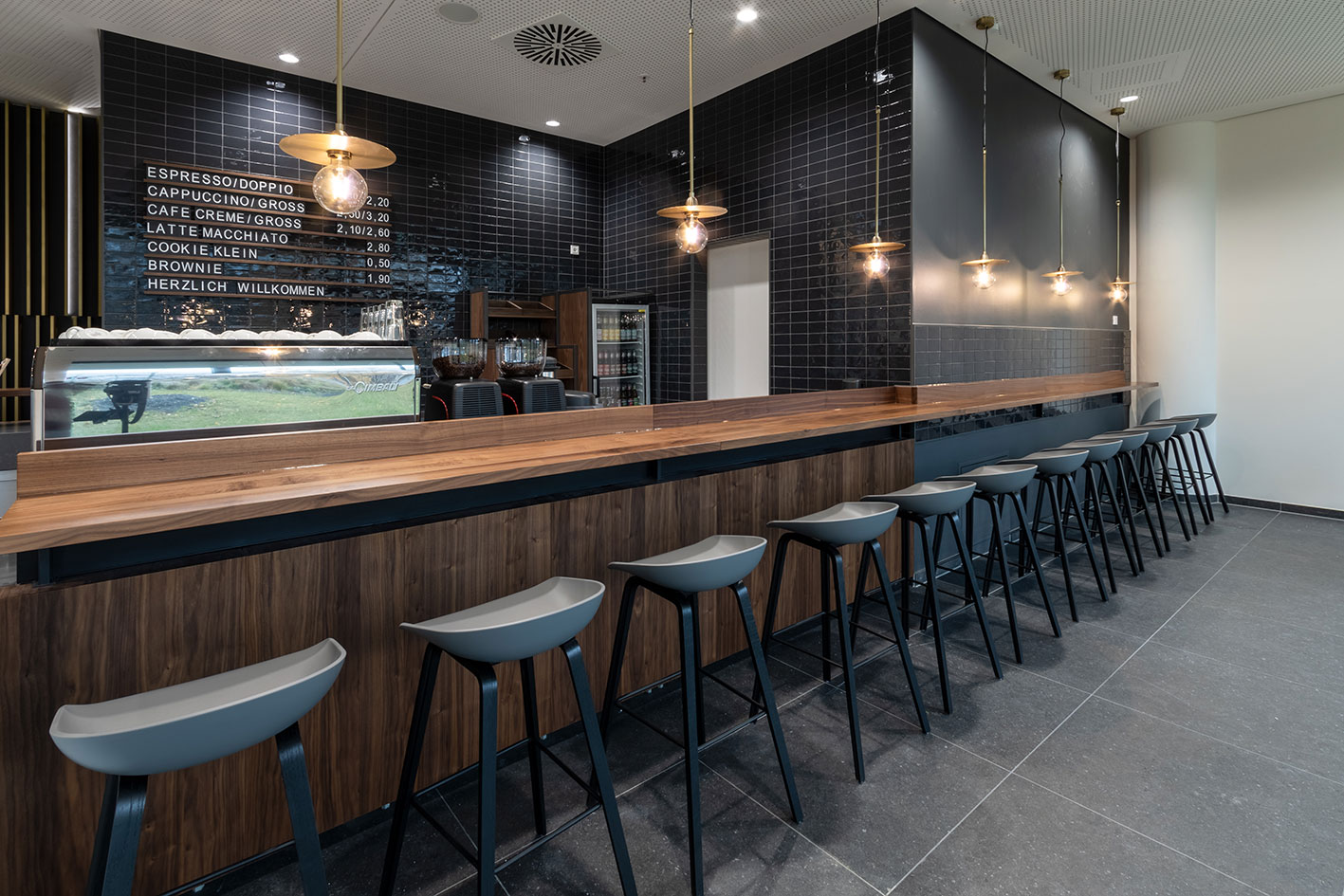 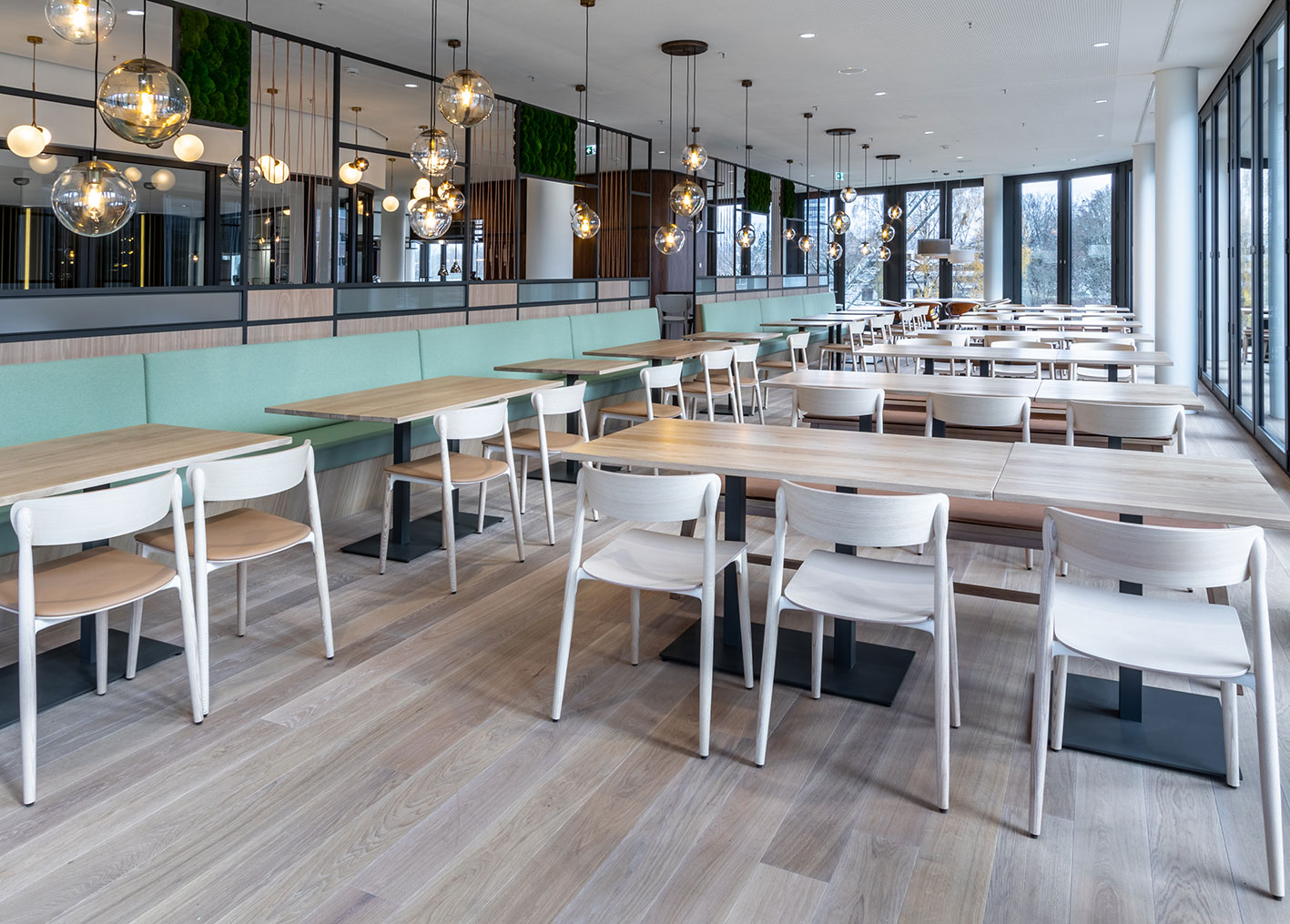 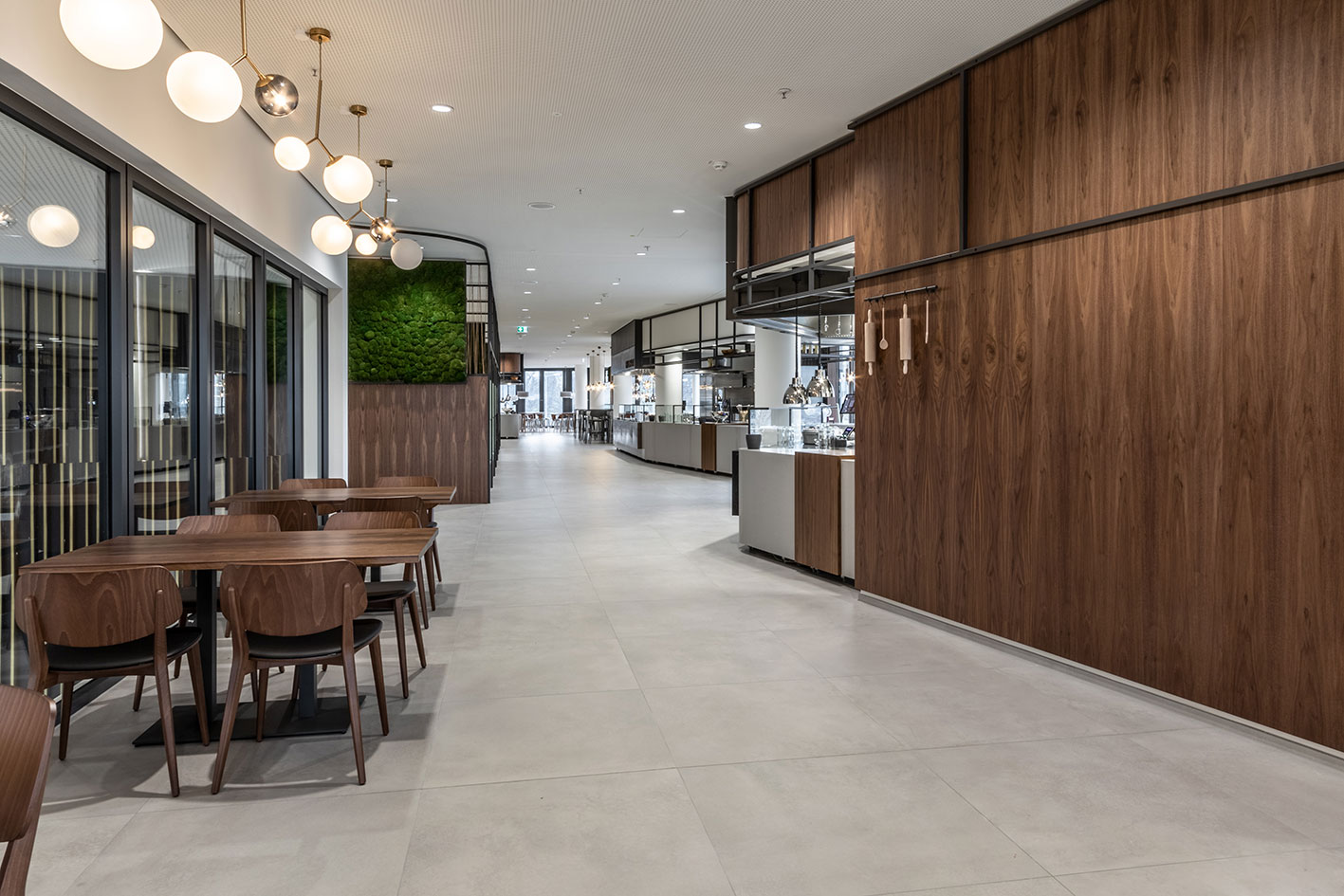 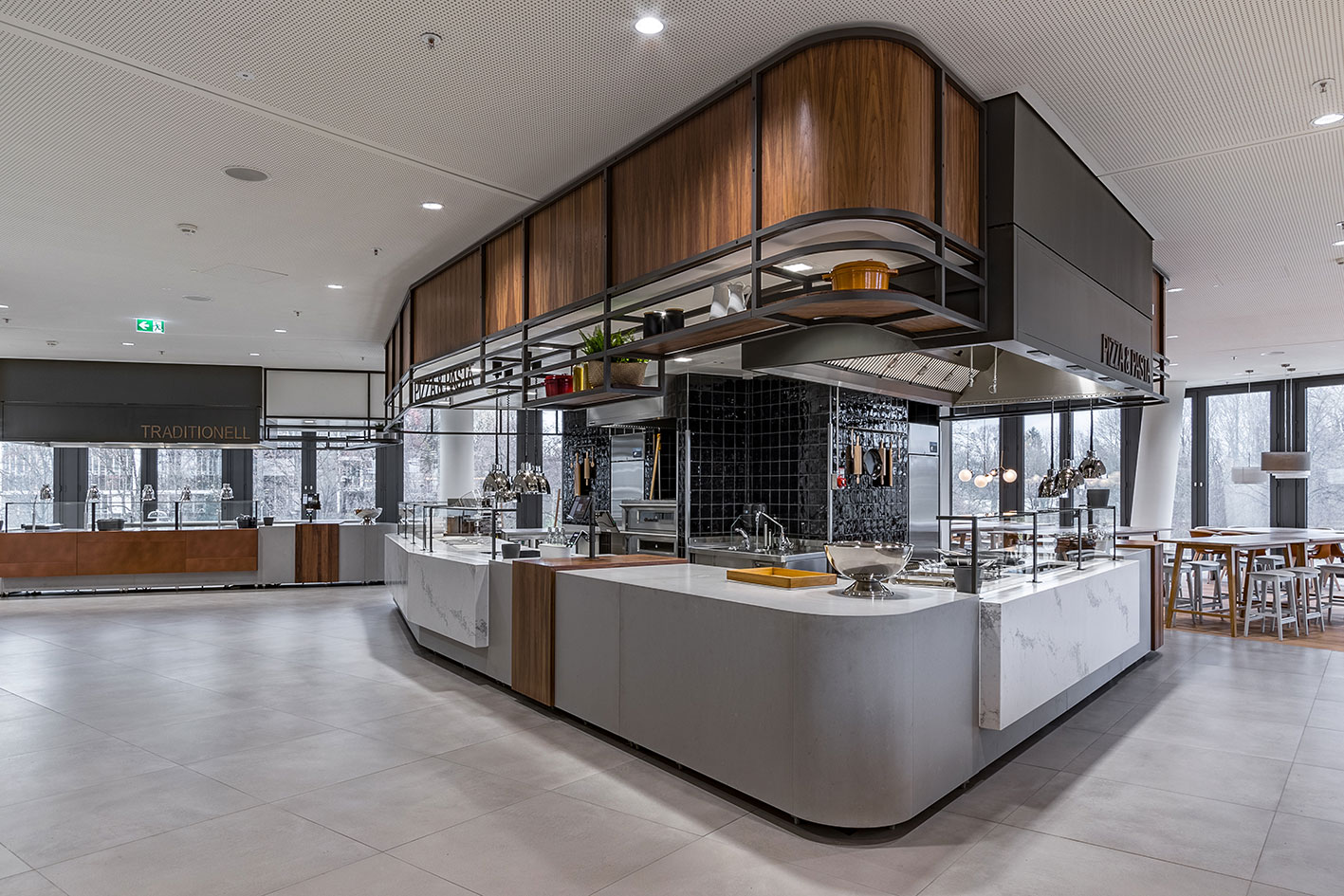 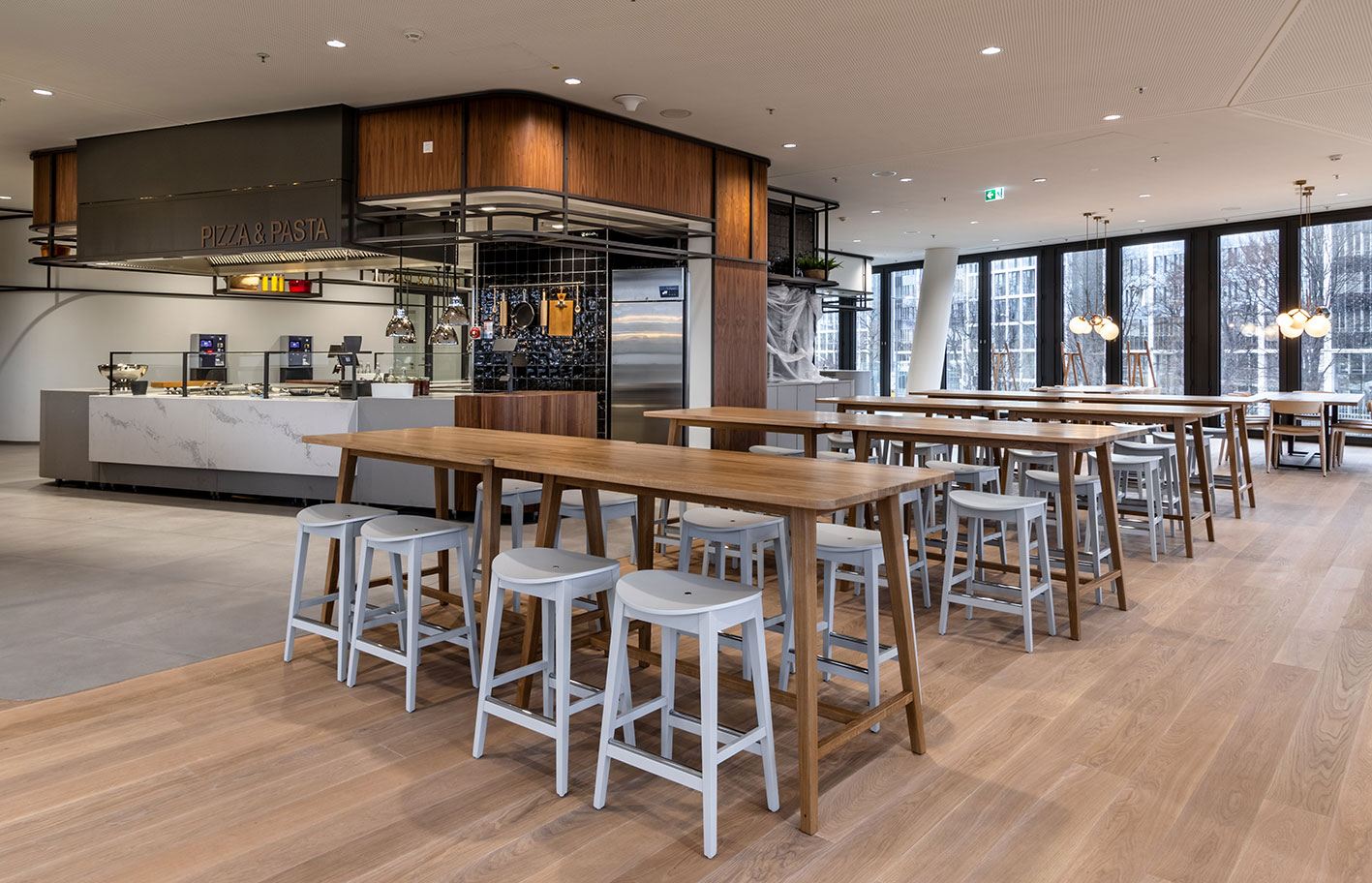